It's the second week of the First Grave on the Right read-along. Needles to say I've finished the book in 2-3 days. It was amazing. But let's move on to this week's questions.

1. Shiny objects and old family stories are told in this chapter, including an old nickname for our dear Charley. What was the nickname her uncle Bob gave her when she was little? Do you have an old nickname from when you were a kid? You can share it, and if it's really embarrassing we won't mind. *wink*
If I remember correctly it was Calamity, the name of her Dad's bar. Surprizingly enough I didn't have any nicknames growing up but I got one first year in the Uni. It's Crazy. Yeap, that's the actual nickname. People do call me Crazy in everyday life... :P

2. In this chapter we met someone. A really special guy named Rocket. Now, my memory is not what it used to be, and I just can't remember what makes him so special. Can you tell me what makes this particular ghost unique among all the others? And how about you? What can you do that makes you special? Anything? Jump on one foot for a really long time counts. *giggle*
Rocket is the ghost that writes every single dead person's name, right? He knows who has died and who hasn't and he used to be special when he was alive too. Now, about me...well I am famous for knowing a lot of weird stuff, I just like learning, it doesn't matter how useless the info may seem I will learn it. I am also a very good judge of character, even without really knowing someone I can tell if he is nice or a jerk, I have yet to be wrong about someone :) 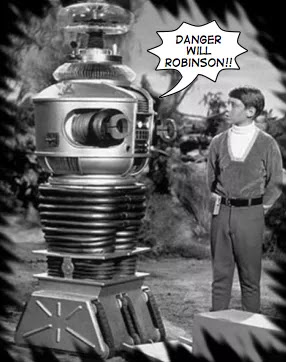 3. Charley is really *cough* not your ordinary girl. She does something that, well, there's no way around it. She named parts of her body and the names are... oh crap, I forgot. Just my luck. *sigh* But I'm sure you guys can say what part of her body she named and what the names were. And, since we are on the matter, have you ever named a part of your body? If so, what was it and what was the name? Come on, don't be shy. *wink+crooked smile*
She had named her 'girls' Danger and Will Robinson. I have to admit I had no idea what that was about so I googled Will Robinson and a wiki page popped up. http://en.wikipedia.org/wiki/Danger,_Will_Robinson See lots of useless information... :) As for my bady parts they remain nameless until now.

4. We all have our little secrets. Things we don't tell anyone, not even our bff. Char (we became close :P ) is no different, but in this chapter she shared her little (big) secret (S) with her bff. What did you think about her reaction? What would be yours?
I have to say that Cookie was pretty calm considering what she learned. But I would probably have the same reaction considering what Charlie has already told her and their kind of friendship they share.

5. In this chapter, Char continues her heart-to-heart with her BFF and comes up with some theories about our fave badboy/possibly ghost. What do you think of it? Can it be? What do you think about him? Hot? Double chocolate hot? Super duper caramel chocolate cake with a cherry on top hot?
I have to say that when I read about their first meeting years ago I hated him. I wish I was there just to kick his ass but now that I've read the whole book I adore him.
Posted by Unknown at 15:53