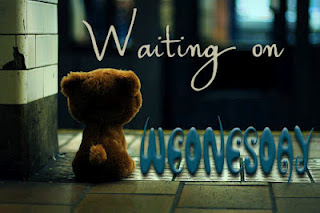 Waiting on Wednesday is a weekly event hosted by Breaking The Spine where you can spotlight an upcoming release that you're eagerly anticipating.

Sixteen-year-old Lex Bartleby has sucker-punched her last classmate. Fed up with her punkish, wild behavior, her parents ship her off to upstate New York to live with her Uncle Mort for the summer, hoping that a few months of dirty farm work will whip her back into shape. But Uncle Mort’s true occupation is much dirtier than that of shoveling manure.

He’s a Grim Reaper. And he’s going to teach her the family business.

Lex quickly assimilates into the peculiar world of Croak, a town populated entirely by reapers who deliver souls from this life to the next. Along with her infuriating yet intriguing partner Driggs and a rockstar crew of fellow Grim apprentices, Lex is soon zapping her Targets like a natural born Killer.

Yet her innate ability morphs into an unchecked desire for justice—or is it vengeance?—whenever she’s forced to Kill a murder victim, craving to stop the attackers before they can strike again. So when people start to die—that is, people who aren’t supposed to be dying, people who have committed grievous crimes against the innocent—Lex’s curiosity is piqued. Her obsession grows as the bodies pile up, and a troubling question begins to swirl through her mind: if she succeeds in tracking down the murderer, will she stop the carnage—or will she ditch Croak and join in?

A reaper in training? When I first read the blurb of this one I knew I had to get it. I seems like something that would have both mystery and fun momments, both of which I adore.

So what are you waiting this Wednesday?
Posted by Unknown at 18:48

Email ThisBlogThis!Share to TwitterShare to FacebookShare to Pinterest
Labels: WW