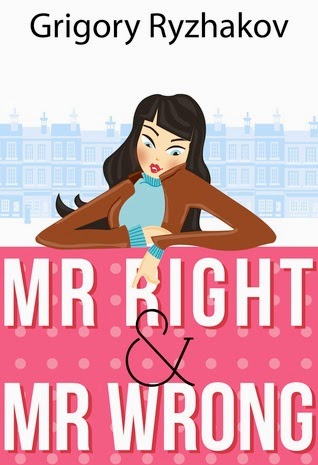 Having two admirers can be a real headache, especially when a tough agronomy course at Imperial College comes on top of that, not forgetting a part-time job at a florist’s and a mother desperate to marry you off.

Have I mentioned a stalker who keeps sending roses, and a Professor who thinks it’s fine to bury you under an extra pile of academic papers? Arrrgh!

Blake may be cute and charming, but Terrence is no less attractive in his business suits. What is a poor girl to do? Dating both of them is the right thing if you listen to Trish and that’s exactly the way Kurt handles his men.

Party after party, you have to deal with these bouts of guilt mixed with hangovers while mulling over the same dilemma over and over again – Blake or Terrence? Terrence or Blake?
Think, Chloe, think!

Mr Right & Mr Wrong is a wonderfully warm and witty yet thoughtful romantic comedy, from which you will not only pick up tips on the intricacies of London dating, but also discover a few moral and ethical aspects of plant neurobiology. Not so much chick lit as chic lit, offering sophistication alongside Chloe’s amusing complications. 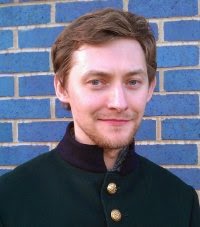 AUTHOR BIO
Grigory (a.k.a Grisha) Ryzhakov grew up in the Russian Far East, bathing in the icy waters of Seas of Okhotsk and Japan and playing hide-and-seek in the snowdrifts that carpeted his native town of Korsakov.

He later travelled thousands of miles to vibrant London, on the way collecting his MSc degree in biochemistry at Moscow State and PhD in molecular biology at Cambridge University.
Meanwhile, Grigory has been ceaselessly creating poems, songs and prose until eventually he wrote his debut novel "Mr Right & Mr Wrong".

"Usher Syndrome" was his first published story, also adapted for the stage and performed at London's Barons Court Theatre in 2010.
To connect with Grigory, please visit his blog: http://www.ryzhakov.co.uk

You can also find him on Twitter/Facebook - @GrigoryRyzhakov
His songs are available on SoundCloud - http://soundcloud.com/grishamcarrow
Posted by Unknown at 10:28