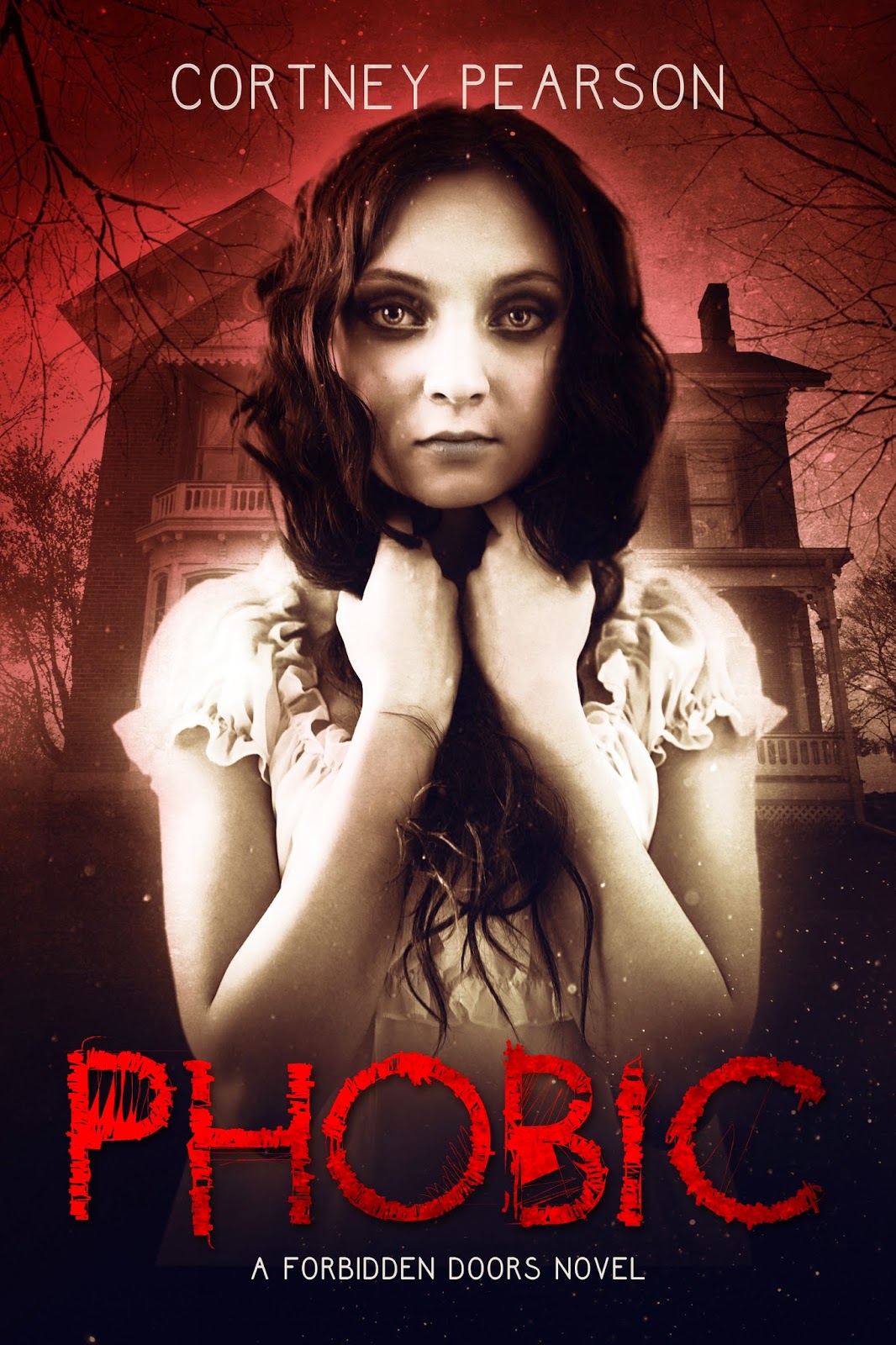 Series: The Forbidden Doors #1
Genre: YA Horror
Release date: September 2014
https://www.goodreads.com/book/show/22465896-phobic
BOOK DESCRIPTION:
Fifteen-year-old Piper Crenshaw knows her house is strange. It’s never needed repairs since it was built in the 1800s, and the lights flicker in response to things she says. As if those things aren’t creepy enough, it’s also the place where her mother committed murder.
To prove she’s not afraid of where she lives, Piper opens a forbidden door, which hides a staircase that leads to the ceiling. That’s when the flashbacks of the original residents from 1875 start, including a love affair between two young servants. Each vision pulls Piper deeper into not only their story, but also her house. Piper confides in her best friend, Todd, whom she's gradually falling for, but even he doesn't believe her. At least, not until her house gets axed during a prank, and the act injures Piper instead, cutting a gash the size of Texas into her stomach.
Piper realizes her house isn’t haunted—it’s alive. To sever her link to it, she must unravel the clues in the flashbacks and uncover the truth about her mother’s crime, before she becomes part of her house for good.

ABOUT THE AUTHOR
Cortney Pearson is a book nerd who studied literature at BYU-Idaho, a music nerd who plays clarinet in her local community orchestra, and a writing nerd who creates books for young adults. She lives with her husband and three sons in a small Idaho farm town.
www.cortneypearson.com | twitter.com/cor2ney | FACEBOOK

GUEST POST
As writers we are constantly gathering inspiration (whether we know it or not). An overheard conversation, watching people interact, teenagers laughing together, hearing others tell stories. I believe we subconsciously refer to our life experiences as we write and create stories. We have to. In order to generate realistic emotion and detail that readers can relate to, we have to have some kind of jumping-off-point to base them on. I'd like to share just a few things that sparked ideas for me as I created the world of PHOBIC, a world which is based on the ethereal aspect of seemingly ordinary places.

Inspiration #1
My great aunt lived alone in this fantastic old house built by her father, my great-great grandfather. And it felt like stepping back through time every time I walked through the door. BUT. Right off from her back door--the entrance we always used--was a staircase. It wasn't long. It wasn't even hidden like those in my story. But this staircase led to Aunt Vay's basement with its concrete floor and old cast iron stove and that pair of metal roller skates that always sat alone on a shelf. I hated going in that basement, especially by myself. 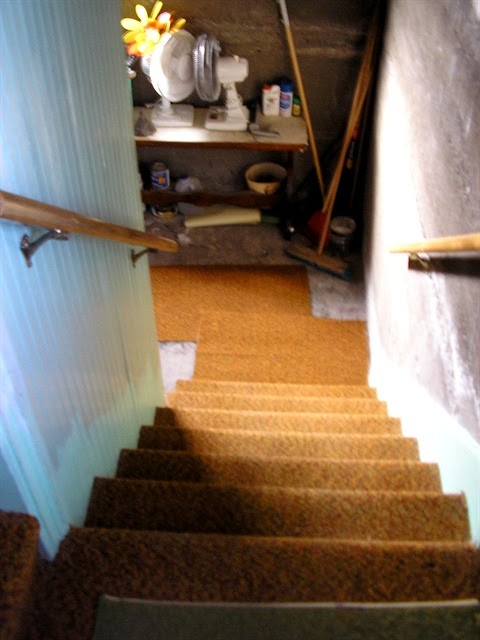 Looking back at these pictures now I wonder why I'd been so scared, but as a kid that basement was terrifying! 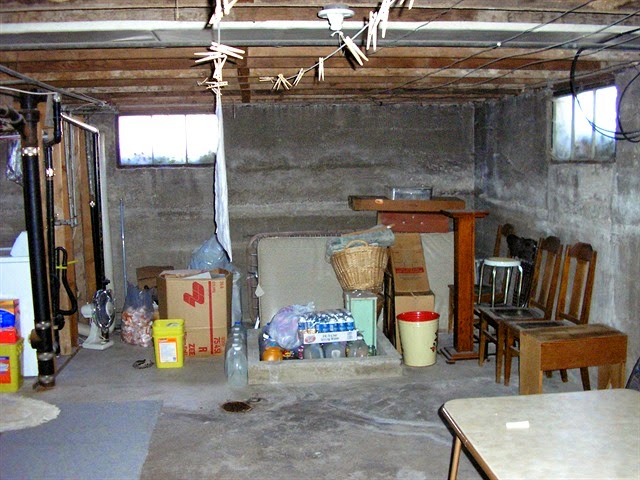 The basement in PHOBIC plays a huge part in the mystery of the house Piper lives in. It's a place she's been forbidden from entering, but this time she's determined to find out why.

Inspiration #2
Another instance happened at Aunt Vay's when my mom, sister, and I had pulled in late at night to sleep after traveling from California to Utah all day long. We were tired. It was cold and windy outside. And my mom couldn't find her key to the back door. We tried that knob several times and then as I went to reach for the knob again, the door opened. All on its own. OPENED. My mom, sister, and I all exchanged looks and when I checked the knob (on the now open door), it was still locked. True story! So it prompted the opening and this scene in PHOBIC:

My best friend Todd’s red pickup appears at the curb, spewing exhaust like the truck has a cigarette up its backside. I jerk up. My pulse kicks at the sight of him. That’s been happening a lot more lately, my insides flaring up and doing some sort of spastic dance whenever I catch sight of his alluring smile and dark curls.
Leaving the second Pop-Tart on the table, I stuff my phone in my pocket and snatch up my backpack and clarinet case. I dart past the round, velvet-topped table in the wide hallway to the front door.
I reach for the knob. It won’t turn.
Heart pounding, I try again. One way, then the other. Chick. Chick. The lock mechanism is vertical. The door isn’t locked.
“Not now,” I say under my breath. “Please not now.”
The hairs at my nape skulk up one by one until they all stand on end. My wrist flicks, and the obstinate knob makes the same chick chick sounds. The eerie feeling spreads down the length of my arm, making the knob cold under my touch. What is going on? I’m used to my house doing strange things, but why won’t it let me out?


The Winchester Mansion in California has also been intriguing to me, especially the staircase that leads to the ceiling. This whole house is completely creepy, but especially this: 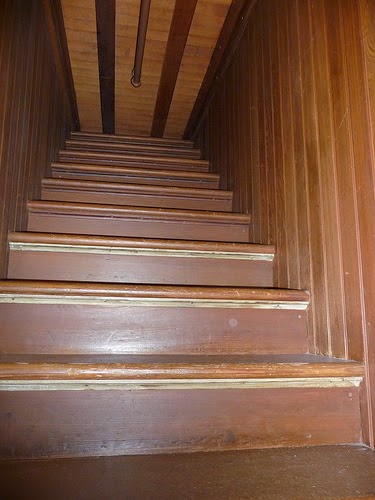 Piper's house also has a hidden staircase similar to this one. Her discovery of it knocks her sense of reality way off course, and she begins seeing flashbacks of the original residents of house. Which leads to...


I LOVE romances, along with Victorian/Regency-era stories. So my final inspiration for the story--particularly the flashbacks that Piper has to the past--is: 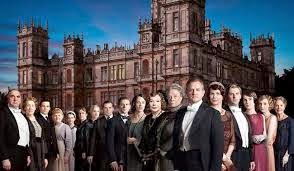 Downton Abbey (I know it takes place after the two eras above-mentioned. But still, inspiration.) It was after watching the first few episodes that my two star-crossed servants in love sprang into my head.

There were many other sources of inspiration as well, but these are the main ones. What about for you? What inspires you when you write?

GIVEAWAY
a Rafflecopter giveaway
Posted by Unknown at 11:28