I know I've been MIA for the past few weeks, and I wasn't able to participate in last week's Read Along post (shame on me), but I'm back and ready for this weeks questions. 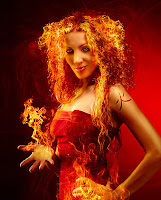 1. Heven develops a new “supernatural power”. She remarks that it isn’t that exciting of a power. Is this a power you would like to have, if not what kind of supernatural power would you like to have?
If I could pick a super power it wouldn't be Heven's. I love fire, so I would love to be able to control fire. But Heven's power is not that bad either. I think it would come in handy eventually.

2. Which character do you think makes the biggest internal change throughout the course of this book? Is there a situation in your life that you can reflect back on as an experience that changed your life for the better?
I think that's both Heven and Sam, even though we don't get to see how much Sam changed I believed he came a long way since the beginning of the book. He used to think that he's no good and that he didn't deserve being happy but I believe he found out the truth about him eventually. And obviously Heven had changed a great deal too, from the carefree cheerleader to the insecure girl who used to hide behind her hoods and finally the strong and confident person who realised that life is so much more than scars.
I can't really pick one moment that changed my life dramatically for the better. I went step by step. So every little thing that happened has helped me grow as a person.

3. Who is your favorite character and why?
Sam! He is adorable, I love him so much. If only real guys were more like him. 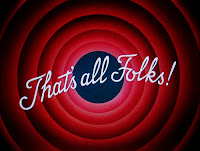 4. When the book ends the reader has an idea of what the next book will involve. Do you think the book ended in the appropriate place?
That's actually a great question cause when I was almost done with the book, right after Heven and Sam "died" I was thinking this has to be the end, but the chapters just kept on coming and I had no idea what was  we were waiting to happen but before I could feel that the ending was dragging on a lot of things happened, new characters, a possible plot for the next book, so yes I believe it ended in the appropriate place.

5. Do you have any predictions for the next book in the series, Charade?
One word: Dragons. I have no idea what's going to happen but, hell, I can't wait to start reading it. I just got the ARC (thank you Cambria) and when I am done with what I'm reading right now I'll start it.

6. Did you enjoy participating in this read along? Will you join in future read alongs?
Even though I missed third week's post and made a rush second week's post I really enjoyed it. I think it's something I would do again and again in the future.


Link up your posts with the linky tool at the end of this post.
Next Thursday there will be a post over at Cambria's with the winners of the Read Along Giveaway.
Posted by Unknown at 21:45

Email ThisBlogThis!Share to TwitterShare to FacebookShare to Pinterest
Labels: Read Along