Stalkers: A Collection of Thriller Stories

Shadows follow you in the darkness of the night and the eerie sensation of being watched crawls up your spine. Your sanity pulls apart at the seams as the terrors stalk their victims, leaving you too frightened to turn off the light.

These twisted stories will leave you breathless, dreading the horrors lurking around the corner. 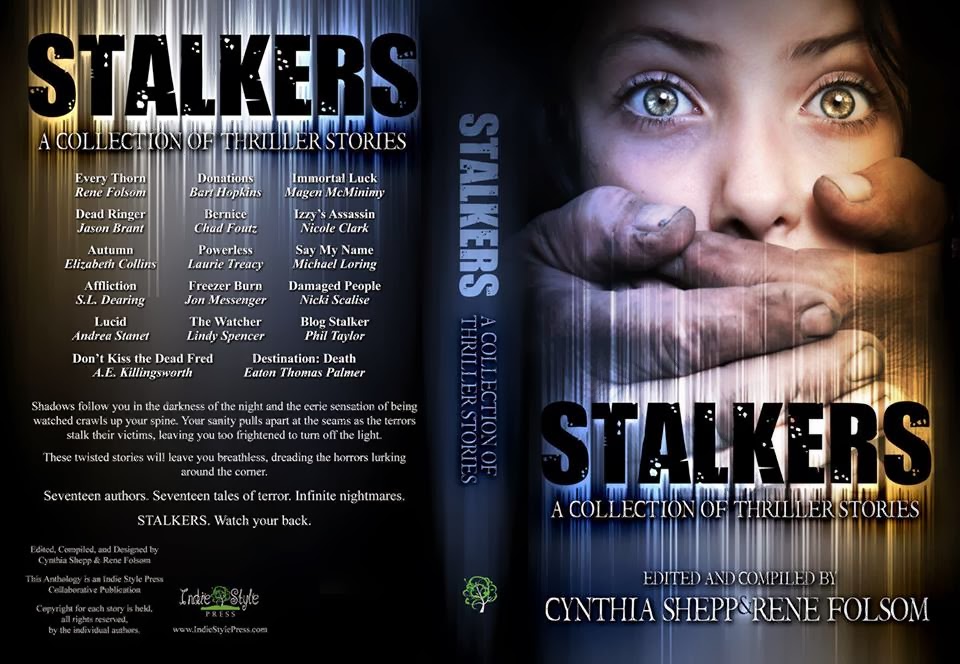 GUEST POST by NICKY SCALISE
Inspiration for Damaged People
In Damaged People, the characters Jules and Marc, made their first appearance in another short story of mine, Little Tchotchkes. A few readers expressed interest in wanting to know more about these two crazy kids and I was happy to oblige. When the call for Stalkers submissions went out, it seemed like the perfect opportunity to tell more of their story.
The original inspiration for Jules came from a conversation I had with someone about a situation that happened to a friend. I elaborated, of course, but the basic premise was about a homeschooled girl who developed crush on the boy next door and made a phone call some years later, that left the boy feeling a little unsettled.
When writing Jules, I imagined someone who had been sheltered her entire life, and therefore, had become slightly socially awkward. Without much in the way of people skills, I thought that it wouldn’t be hard for someone, of that nature, to latch onto the tiniest kindness or morsel of attention. Then I took that idea and ran with it. As such, I found writing this character a lot of fun. She’s weird and clearly unhinged, but I found her to be almost endearing in her insanity. I hope readers will too. 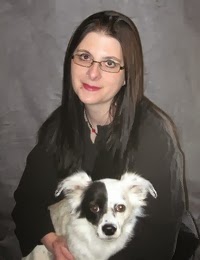 About Nicki Scalise
Nicki Scalise lives in Colorado with her husband, Jon. They share their home with four dogs and a chinchilla. When not busy dealing with the chaos her four-legged critters bring, she spends her time reading, re-watching Firefly, and gazing out the window at the scenic mountain landscape… or staring at the wall. Prayer for the Dead, book one of the Revenants in the Purgatory series, is her debut novel.


GIVEAWAY
a Rafflecopter giveaway
Posted by Unknown at 11:10