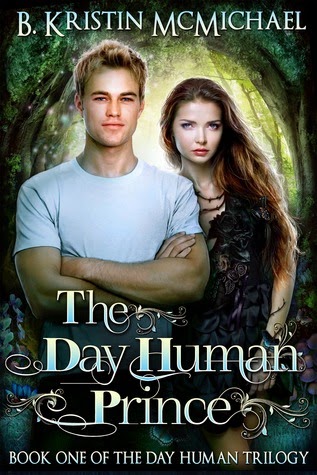 Devin Alexander grew up as the only day human in a world surrounded by night humans who drank blood, sometimes his blood. He spent his life training towards one goal: the protection of one of those blood drinkers, Arianna. But what is he supposed to do when the blue-eyed girl of the legends doesn’t need him anymore? What does his life mean then? How is a guy supposed to move on when the girl he has pined over for a decade chooses someone else?

Before he can even start to figure out his new life without Arianna, Devin has to deal with another problem. He needs to take care of some unfinished business with a night human he has known for less than a month, but with whom he is magically bound.

Vanessa McKinny has promised that she knows a way to undo the spell she placed on Devin to save his life. Devin would do anything to break the bond to be free of her, even if it means traveling to the sidhe village, a place inhabited by a race of night humans that has not had a day human visitor in more than a hundred years. If he doesn’t plan to get stuck, he must work with Nessa to find a way to break the bond. Only then can Devin have time to get back to finding his new goal in life, unless he discovers that his path lies with the sidhe.

AUTHOR BIO
Originally from Wisconsin, B. Kristin currently resides in Ohio with her husband, two small children, and three cats. When not doing the mom thing of chasing kids, baking cookies, and playing outside, she is using her PhD in Biology working as a scientist. In her free time she is hard at work on multiple novels; as each day passes, she has more ideas for both current and future novels.

a Rafflecopter giveaway
Posted by Unknown at 19:27