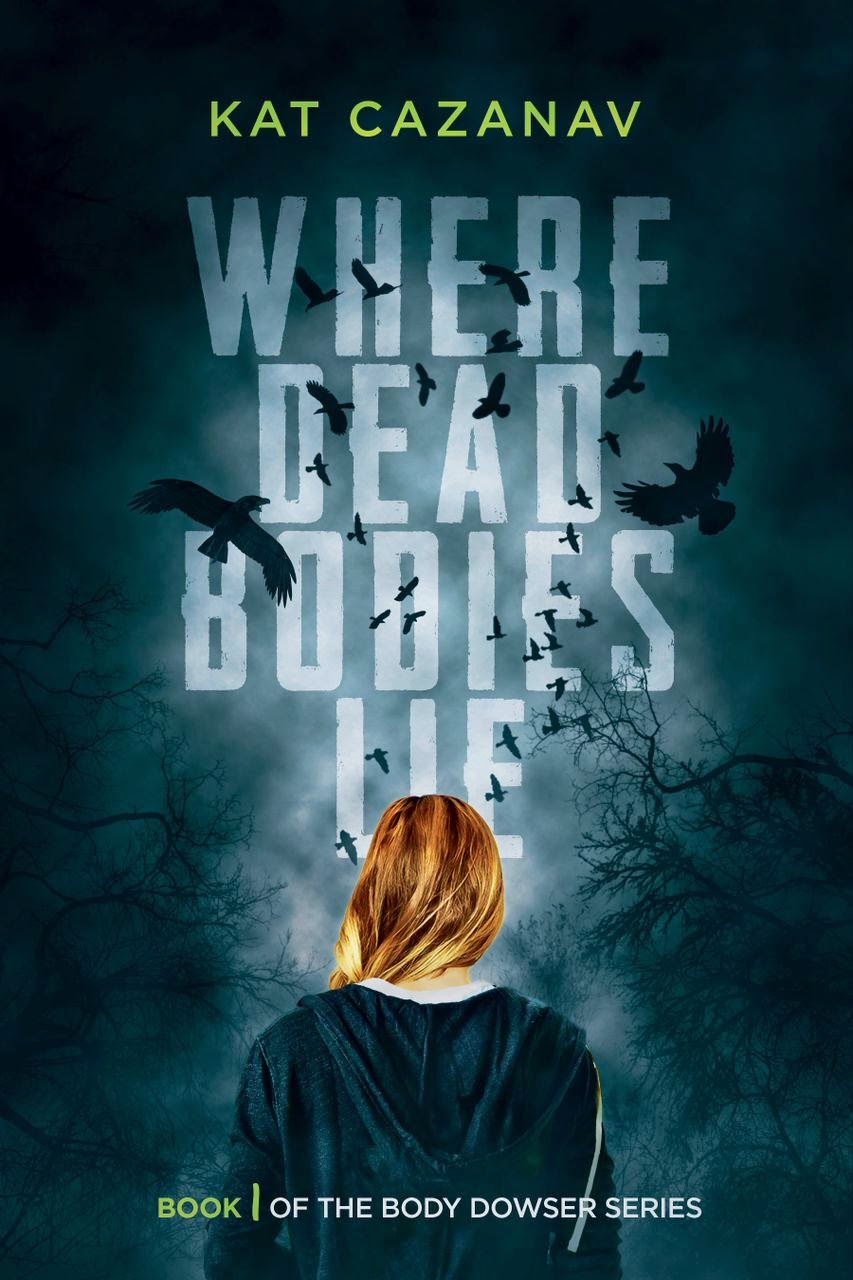 Summary from Goodreads:
For as long as I can remember, I have been told to follow three important rules;
Always guard my ability
Never share my secret
And pretend to be normal.

However, those three little rules don’t make my life easier. I still find dead people and deal with strange visions. Not to mention, an attraction to a boy who doesn’t exist. Whenever we cross path’s he mists away like smoke on a mirror. He drives me crazy, that Kaff Cooper.

As a flock of dead crows fall from the blackened sky, Kaff becomes the only one who can see the truth straight to the dark underbelly of who I actually am.

My hands feel the pull to extract the forsaken, the lost, the forgotten. It comes as naturally as breathing and there is no stopping it.

EXCERPT
“If you need tutoring, I’m available. I aced anatomy last year.”
“I don’t need tutoring,” I said under my breath.
“Really? Then tell me the most important body part.”
“Don’t be a perv.”
His mouth spread into a crooked grin. “ You’re blushing.”
“Eff off.” Lightheadedness hit me hard. All of a sudden I was praying the hottest boy I’d ever seen would leave me alone. “I’ll get detention if I keep talking to you.”
He didn’t budge. “The most important body part is the mouth.”
“A mouth isn’t necessary for survival,” I snapped.
He locked his doe eyes on me. “Lips are pretty important.”
I stared straight ahead out of fear I’d stutter if I looked him straight on. “You may think a mouth is important, but guess what?” I was clearly falling apart. “If you didn’t have a mouth you’d breathe through your nose, eat through a tube, and type words with your big toe.”
He thought about this. “You’re missing the point. What about kissing?”
Kissing? Jezzzus. This guy was hard-core. His beautiful lips were important for kissing someone, just not me. I rubbed my sweaty hands on my skirt and scratched my throat to buy some time. “I usually don’t kiss guys I don’t know.”
He struggled not to laugh. “Thanks for the heads up but the point I was trying to make was without a mouth, nothing starts.”
“My throat tightened. “Starts what?”
“As an example? Well, ever heard the saying, ‘nothing starts without a kiss’?”
Heat rushed to my cheeks. “No, I’ve never heard that.”
“Well, now you have.” And then he delivered the most beautiful smile I’d ever seen.
Guys like him went for shock value. They always did.