Book Blitz: All I Want 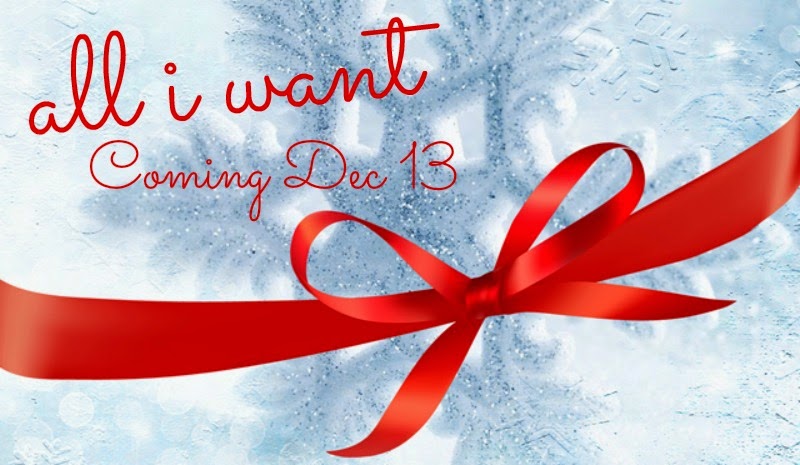 These 9 fabulous bestselling authors are giving you 9 HOT novellas to brighten your December. 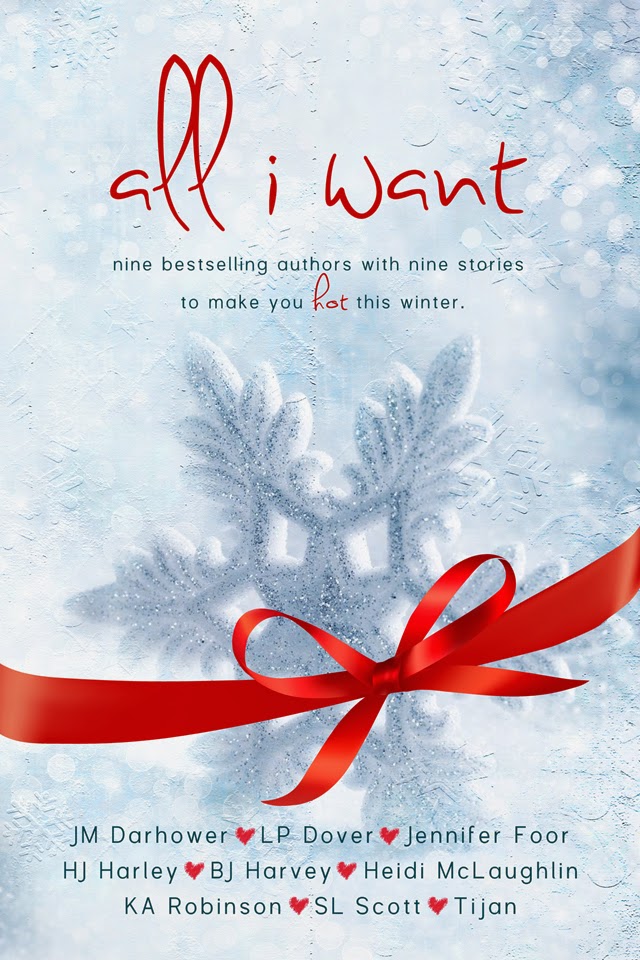 Snowflakes & Fire Escapes by J.M Darhower - Cody Moran and Gracie Callaghan wanted nothing more than to escape the life they'd been born into, but it's the kind of life that doesn't like to let go. A story of love and heartache spanning the streets of Hell's Kitchen to far, far away, where it doesn't snow.

Winter Kiss: Ryley and Ash by L.P. Dover - Now that his time for revenge is over, Ryley wants to make the season special for the woman he loves. Not only will you hear the sound of Christmas bells during the holiday, but maybe another type of bell followed by the pitter patter of little feet.

A Merry Mitchell Affair by Jennifer Foor - Come join the entire Mitchell clan for a very merry Christmas and a surprise wedding.

Hit or Mistletoe by HJ Harley - London and her twin brother Trent are headed home for the holidays. This year Trent has brought home his hockey teammate and friend Pratt Montgomery. Who if wasn’t for Trent, would have spent them alone. London is convinced Pratt is just another beer drinking jock, until she sees a completely different side of him when he opens up to her.

Stranded by BJ Harvey - Stranded in Chicago just two days before the holidays, Porter Daniels and Harlow Wilson have to clear the air. Can they finally stop circling each other and get what they really want for Christmas?

12 Days of Forever by Heidi McLaughlin - A Beaumont Novella - The Christmas trees are trimmed and the bells are ringing. For one lucky couple in Beaumont, Christmas has a whole new meaning.

Adam by K.A. Robinson: A Torn Series Novella - In Tamed, you heard Amber's side of the story. Now, it's Adam's turn. What happened after Tamed? What was going through Adam's mind in key scenes of Tamed? It's time Adam had his say.

Fighter by Tijan - Jax Cutler is one bail jumper Dale doesn't want to help her family catch, but he soon becomes the one she can't let go. 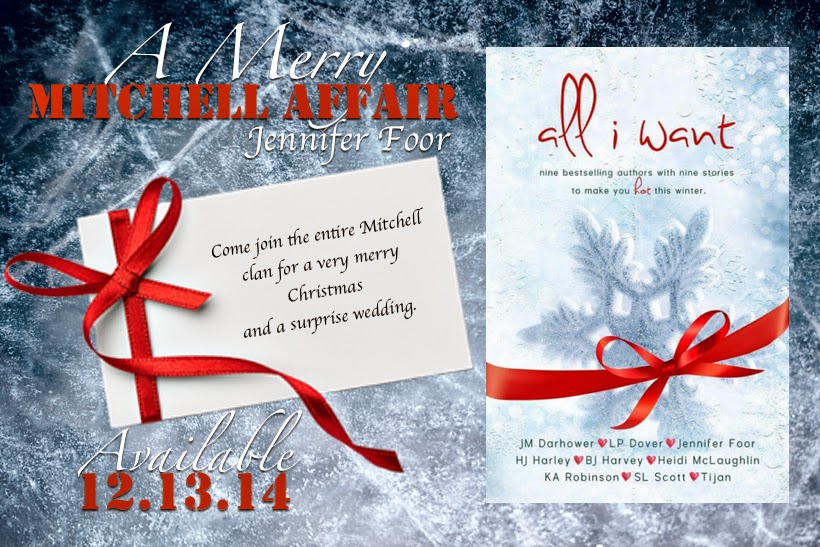 EXCERPT of A Merry Mitchell Affair by Jennifer Foor:Our Christmas quilt had probably only been out of the package for a couple of hours. Now it was in a ball on the floor. The flannel sheets had been kicked down to the foot of the bed, after she climbed in naked. I took my time watching her before even removing my belt. I wanted to savor the sight of her smooth skin, imagining all the places I needed to tend to. When she noticed how long it was taking me, she opened her arms, welcoming me into them. Our lips connected, and within seconds we were all over each other. I pulled her supple thighs around my waist, feeling the urgency to enter her. This wasn’t about taking our time, or making love. Our afternoon delight was about release for both of us. Once I’d teased her a little with the tip of my hard cock, I pulled away and ducked down between her legs. Her hands dug into the soft sheets as she cried out from feeling my tongue flicking her little clit. The taste of her, so familiar, sent me into a frenzy. I kept going at it, not slowing down until I watched her body buckling up. She cried out and bit down on her bottom lip until it turned a white hue. Her breasts moved up and down with each of her heavy breaths. I’d succeeded in part of what I’d set out to do. Now it was my turn.
Posted by Unknown at 11:01