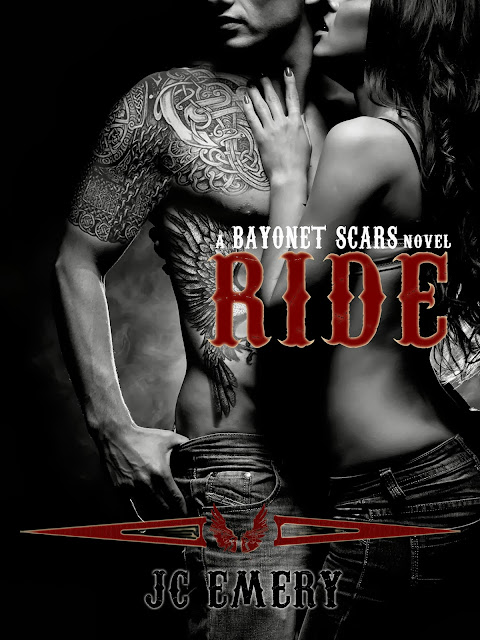 Principessa to the Mancuso crime family, Alexandra knows a thing or two about living outside the bounds of the law. Suffocated by the life her father has laid out for her, she makes a choice she can't take back, changing the entire trajectory of her life.

Thrust into the dark and dangerous world of the Forsaken Motorcycle Club for her own protection, Alex finds herself faced with the last thing she needs right now: the man of her dreams. He’s sex in leather, the devil incarnate, and one hell of a kisser. But he’s also off-limits. Ryan Stone can be her friend, but he’s forbidden to be her lover.

Third-generation Forsaken, Ryan knows nothing other than life on two wheels, and he wouldn’t have it any other way. He enjoys the many privileges that come with the patch, and the only laws he recognizes are the ones set-forth by his club. That is, until who he wants more than anything isn’t allowed on the back of his bike or in his bed. Balancing his desire for her body, and need to keep her safe, Ryan tries to keep Alex at a distance. Finally having made a choice for herself, she’s done hearing the word “no” and will push boundaries even Ryan himself doesn’t dare cross. 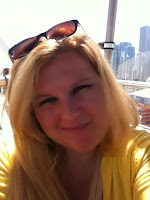 Author Bio:
As a child, JC was fascinated by things that went bump in the night. As they say, some things never change. Now, as an adult, she divides her time between the sexy law men, mythical creatures, and kick-ass heroines that live inside her head and pursuing her bachelor's degree in English. JC is a San Francisco Bay Area native, but has also called both Texas and Louisiana home. These days she rocks her flip flops year round in Northern California and can't imagine a climate more beautiful.

JC writes adult, new adult, and young adult fiction. She dabbles in many different genres including science fiction, horror, chick lit, and murder mysteries, yet she is most enthralled by supernatural stories-- and everything has at least a splash of romance.

EXCLUSIVE EXCERPT:
“Princess wants to have fun,” he says, leading me toward the kitchen, and past Ryan and that stupid bitch who still hasn’t let go of his neck.
With every step that brings me closer to Ryan, my heart rate speeds up little by little. Brushing past them, a calloused finger reaches out, wrapping itself around my pinky. His touch sends waves of heat and bolts of anger through my entire body. I don’t want him touching me, but my body craves it. The more distance I put between us the farther our arms must stretch to keep the contact.
And we do for as long as possible.
A quick look back and I find Ryan’s arm reaching out, his index finger slipping from its grip on my pinky. We lose contact and suddenly I’m not nearly drunk enough for this shit. Turning my attention toward the kitchen, I bring the bottle of whiskey to my lips intent on making everything so blurry I won’t be able to remember what Ryan’s touch feels like.

Giveaway
JC is giving away 2 eARCs with deleted scenes
INT
a Rafflecopter giveaway
Posted by Unknown at 08:00